AP source: Padres have tentative deal in place for Soto

AP source: Padres have tentative deal in place for Soto 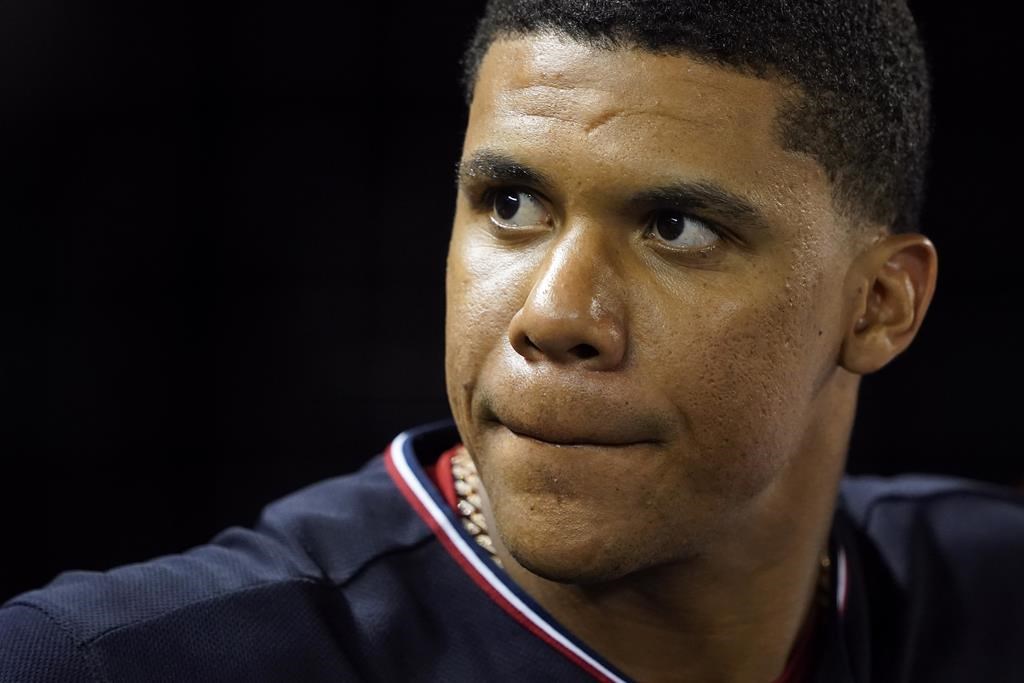 SAN DIEGO (AP) — The San Diego Padres are close to acquiring superstar outfielder Juan Soto from the Washington Nationals on Tuesday in one of baseball’s biggest deals at the trade deadline, vaulting their postseason chances by adding a World Series champion who is one of baseball’s best hitters in his early 20s.

A person with direct knowledge of the move told The Associated Press the Padres and Nationals have agreed to a multiplayer deal contingent on San Diego first baseman Eric Hosmer waiving his no-trade provision. The person spoke to the AP on condition of anonymity because negotiations were ongoing.

If the deal is completed, the Padres also would receive first baseman Josh Bell along with Soto, a generational talent who turns 24 in late October when they hope to still be playing for a title. The Nationals would get Hosmer, left-hander MacKenzie Gore and prospects James Wood, C.J. Abrams, Robert Hassell III and Jarlin Susana.