Assassin’s Creed Mirage Announced, to Be Revealed at Ubisoft Forward

Assassin’s Creed Mirage Announced, to Be Revealed at Ubisoft Forward 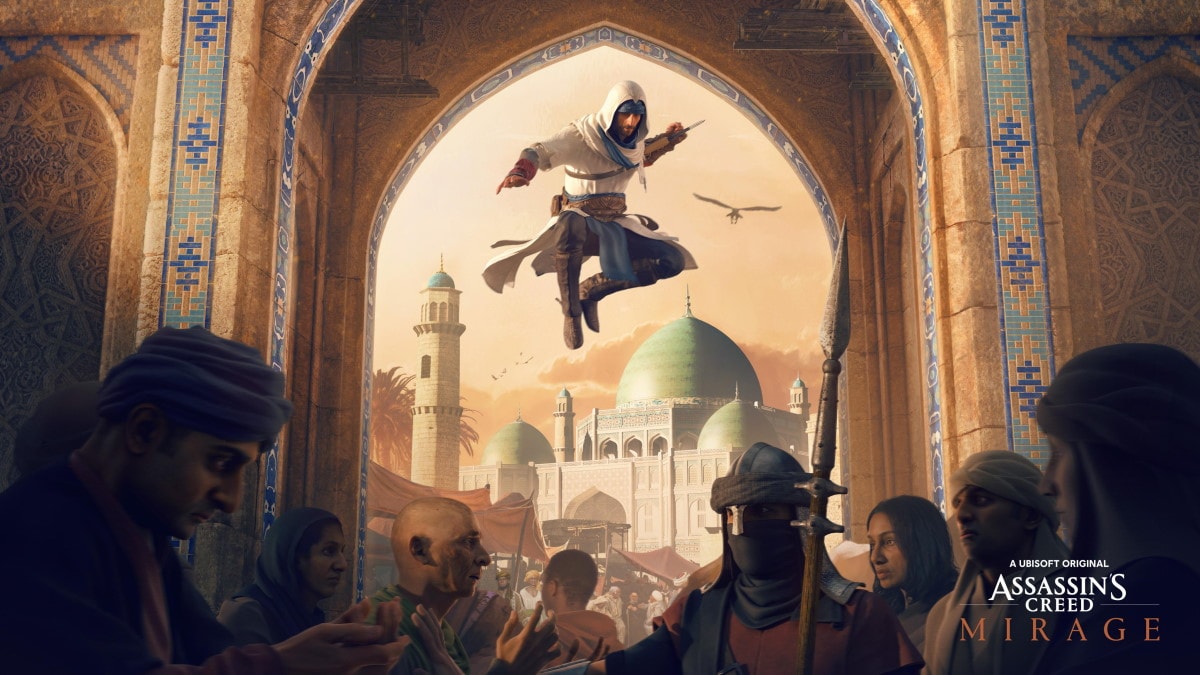 Unlike most recent entries to the franchise, the teaser image for Assassin’s Creed Mirage points towards a more classic interpretation of the character. Donned in the iconic white hood, with the hidden blade poking through his sleeve, our character seems to be dropping in for an assassination. This goes in line with previous reports, which claimed that Ubisoft is opting for a back-to-basics approach with the new game. The scope will be tighter, unlike the recent open-world RPG-esque elements they implemented to the franchise, to the point where it no longer feels like an Assassin’s Creed game.

The background for the image shows a Middle Eastern setting, which aligns with past reports that implied that the game will be set in Baghdad. As per Bloomberg, Assassin’s Creed Mirage is a result of a planned expansion to Assassin’s Creed Valhalla. The DLC was modified into a standalone game in an effort to fill the gap in Ubisoft’s “thin” launch schedule for the fiscal year. Development is being led by Ubisoft’s Bordeaux studio, and is suggested to be running behind schedule.

A couple of days ago, a YouTuber with the user name J0nathan revealed some new information on Assassin’s Creed Mirage. The list confirmed the aforementioned details, in addition to some new developments. The video suggested that Mirage was eyeing a Spring 2023 release, and was set in Baghdad, between the years 870–860, during the Anarchy in Samarra. Other notes include the addition of a String Dagger weapon, and the return of Eagle Vision, which is a mechanic that enables heightened senses.

A now-deleted tweet from the Assassin’s Creed fan website, The Codex Network, also shared artwork for the upcoming Mirage. The image shows our hero dressed in the classic assassin’s robe, whilst wielding a sword. In the distance, there is a silhouette of a giant charging toward him. This could mean that Ubisoft has not fully abandoned the inclusion of mythic beasts in their Assassin’s Creed titles. Their 2018 entry, Assassin’s Creed Odyssey featured Greek figures such as Medusa, Cyclops, and Minotaur as side quests.

Another version of the Mirage art teases “The Forty Thieves Quest,” which is clearly a reference to the classic Arabian folktale, “Ali Baba and the Forty Thieves.” Since the image also features giant doors, one could assume it requires the “Open Sesame” password. If this leak is real, it could be part of a pre-order bonus, or some other kind of DLC.

In July, information on a separate Assassin’s Creed title, codenamed Project Red, surfaced online. Details are sparse, but according to people familiar with development and games reporter Jeff Grubb, the game is set in feudal Japan and follows the RPG format, as seen in modern Assassin’s Creed games. Project Red will be part of Assassin’s Creed Infinity, which is described as Ubisoft’s live-service platform for future entries.

While there is no word on Assassin’s Creed Mirage’s release, we can expect it to launch on all current-gen platforms — PS5, Xbox Series S/X, and Windows PC. Further updates on the game and the subsequent live-service platform are expected on September 11, at the Ubisoft Forward event.