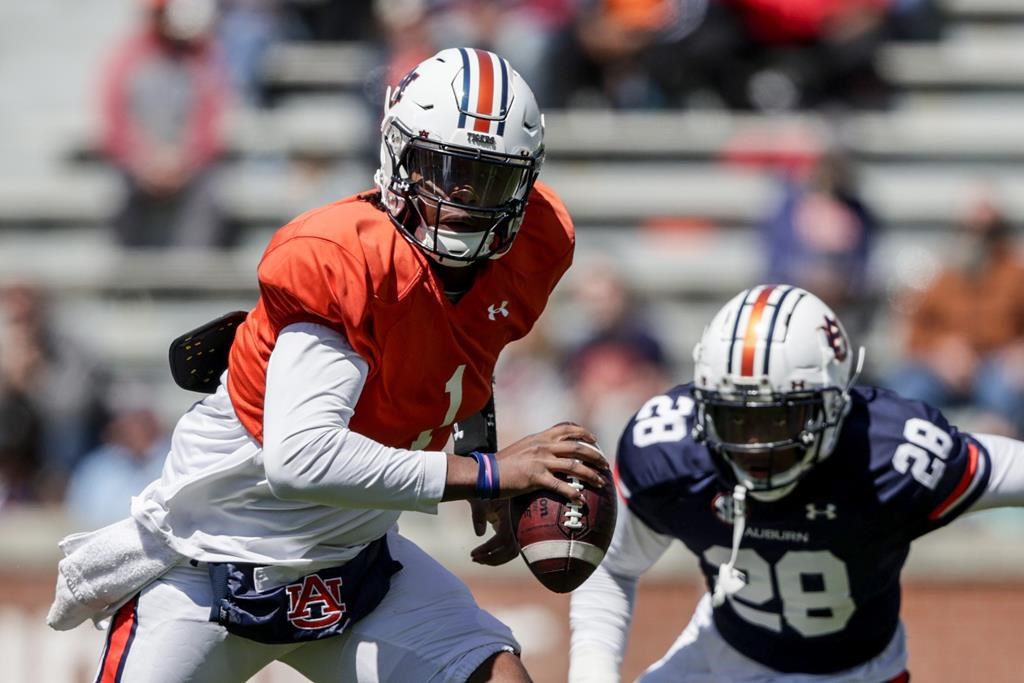 The news hit T.J. Finley like a punch to the chest.

The Auburn quarterback, who ended last season as a fill-in starter, had won the starting job on the field for Saturday night’s opener against Mercer. But his father, David Finley, delivered a not altogether gentle reminder.

“As soon as I found out the news, my dad actually punched me in the chest and told me, ‘Son, the job isn’t done. You can get happy now that you won the job and that it’s released, but the job isn’t done’” Finley said.

“And I plan on doing my best to lead this team to an SEC championship and a national championship.”

To be sure, that’s a tall order for a team picked to finish last in the Southeastern Conference Western Division. Finley accomplished the first task in holding off two transfer newcomers, Zach Calzada and Robby Ashford.

In doing so, he avoided a repeat of his freshman season at LSU. Finley started five games after an injury to Myles Brennan two seasons ago, then was replaced by Max Johnson and found himself fallen on the depth chart after the spring.

Coach Bryan Harsin brought in the former Texas A&M starter Calzada and ex-Oregon backup Ashford to compete for the job.

“He’s just continued to develop,” Harsin said. “I think we brought guys in to compete. Competition brings out the best in you.

“People do grow, they do develop, they do get better.”

Finley feels he has grown as a quarterback after mixed results in each of the past two seasons. He directed a 98-yard, game-winning drive last season against Georgia State and helped the Tigers push Alabama into overtime.

The 6-foot-7, 250-pounder completed 70 of 128 passes for 827 yards and six touchdowns against one interception for Auburn. The Tigers were a middle-of-the-pack passing offense in the SEC last season, and now have a mostly unproven group of receivers.

For his part, Finley feels he has a more complete grasp of the offense.

“When your head coach tells you that you’re the guy that we’re rolling the carpet out with, it definitely brings a level of confidence that I would think nobody wants to see when we come later down the season,” he said. “The confidence piece is a big thing in football, because like you see last year, I wasn’t mentally ready last year, nor was I physically ready to take that job last year after Bo got injured.

“But I had to be in that role because I was the backup.”

Now, the question is how he’ll perform now that this is no longer the case.