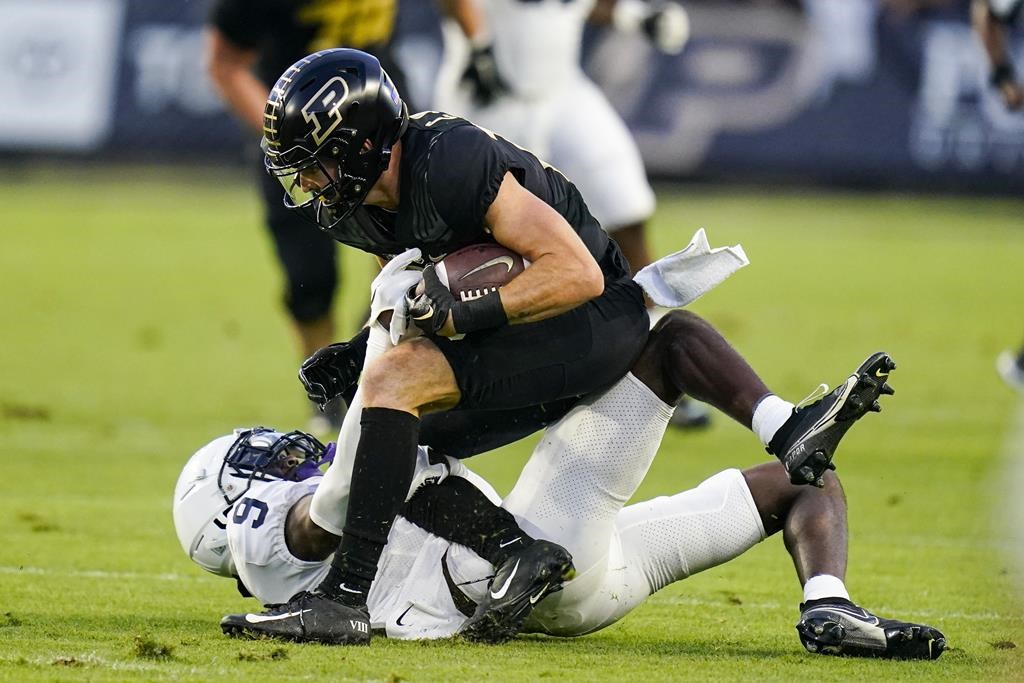 Penn State has won 10 straight in the series and six of its last seven season openers. Purdue hasn’t beaten the Nittany Lions since 2004.

Purdue was on the verge, though, after Clifford’s errant throw midway through the fourth quarter resulted in a 72-yard interception return for a score by Chris Jefferson. That gave Purdue a 31-28 lead.

But Penn State’s sixth-year quarterback avenged that mistake with a masterful eight-play, 80-yard drive with less than three minutes to go. Clifford finished 20 of 37 with 282 yards and four scores despite leaving briefly in the third quarter with cramps.

And it sure wasn’t easy in front of a near-capacity crowd on the road in a game that featured seven lead changes.

King Doerue scored twice for Purdue, Aidan O’Connell threw for 356 yards and another score and he celebrated his 24th birthday by hooking up with childhood friend Charlie Jones 12 times for 153 yards and a 17-yard TD pass.

Penn State looked like it might run away after forcing a turnover with 30 seconds left in the first half. Two plays later, Clifford found Brenton Strange, who broke two tackles on his way to a 67-yard TD with 2 seconds left to give Penn State a 21-10 lead.

But Doerue opened the second half with a score, O’Connell hooked up with Jones and Clifford threw a 29-yard scoring pass to KeAndre Lambert-Smith to make it 28-24 before the finishing flurry.

Penn State: The Nittany Lions needed this win to stay in contention in the Big Ten East Division and they got it — barely. Clifford may have averted a quarterback controversy with his late heroics. But the ground game averaged 3.2 yards per carry last season generated just 3.1 on Thursday.

Purdue: An opening-night win certainly would have made a big statement in the wide open West. Instead, the Boilermakers lost a little momentum after winning nine games last season.

A replay review showed Carter making helmet-to-helmet contact with Boilermakers receiver Tyrone Tracy after Tracy dropped a pass near the line of scrimmage. Carter did not record a tackle.