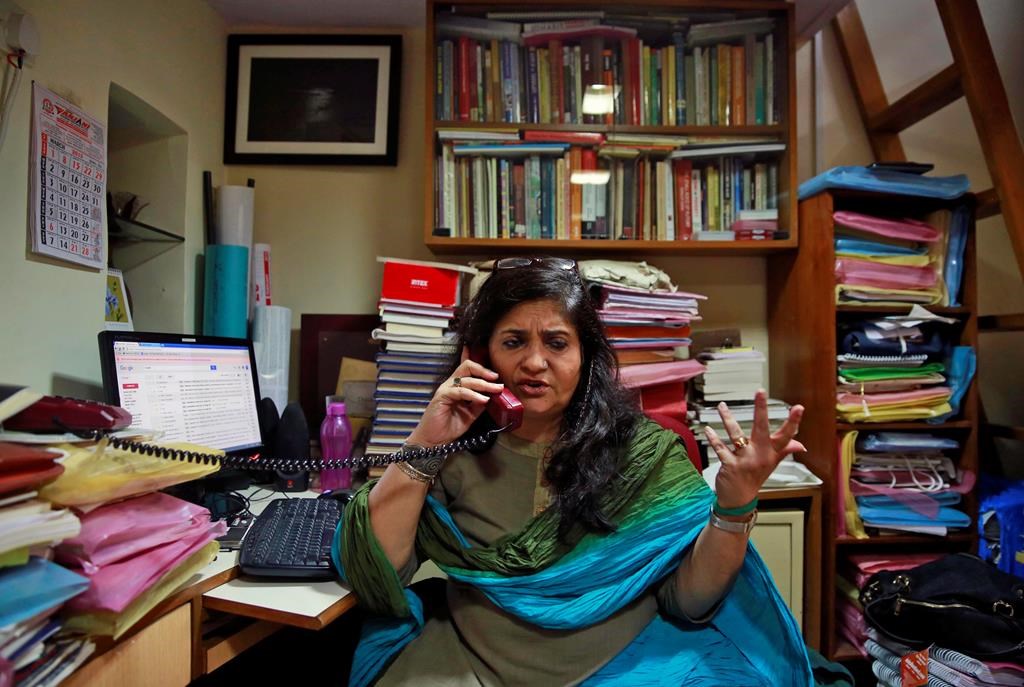 NEW DELHI (AP) — India’s Supreme Court granted bail on Friday to a prominent human rights activist and lawyer who has spearheaded a campaign to hold officials responsible for deadly 2002 anti-Muslim riots, more than two months after she was detained on allegations of fabricating evidence.

Teesta Setalvad was arrested by western Gujarat state police in June for allegedly coaching witnesses and forging documents in cases related to the riots, in which more than 1,000 people, mostly Muslims, were killed. She has denied the allegations and hasn’t been formally charged.

The top court’s decision came a day after it heard Setalvad’s petition for bail. It said there is “no offense in this case over which bail cannot be granted,” and asked Setalvad to surrender her passport and cooperate with police during the investigation.

Setalvad has long campaigned for justice for victims of the riots. She has also sought for Prime Minister Narendra Modi to be found complicit in the riots, though he has never been found guilty.

The riots have long hounded Modi because of allegations that authorities under his watch allowed and even encouraged the bloodshed. Modi, who was the state’s top elected official at the time before becoming prime minister in 2014, has denied the accusations, and the Supreme Court has said it found no evidence to prosecute him.

Rights activists and critics suspect Setalvad is facing retribution for her campaign against Modi, and accuse his administration of using government agencies to intimidate her. Modi’s party denies that.

Setalvad was arrested on June 25, a day after the Supreme Court in a separate case cleared Modi of complicity in the riots after ruling that there was no evidence against him. That decision has effectively closed any further legal challenges to Modi.

Setalvad rose to prominence during her long legal campaign for Zakia Jafri, whose husband, Ehsan Jafri, was burned alive by the Hindu mobs. Ehsan Jafri, a former member of Parliament, was a prominent Muslim politician and had offered refuge to fleeing Muslims during the riots.

Jafri, now 85, has sought to establish that the riots were the result of a high-level conspiracy involving Modi. It was a petition by Jafri challenging a report by a special investigation team that cleared Modi of any complicity that was dismissed by the Supreme Court in June.

Over the years, Setalvad has been investigated by various government agencies for allegedly misappropriating funds meant for riot victims. She has denied any wrongdoing and that case is pending in court.

The shadow of the riots continues to hang over India after nearly 20 years.

Earlier this month, 11 Hindu men who had been jailed for life for gang-raping a Muslim woman during the riots were released on suspended sentences, prompting protests by rights activists.

The survivor, who is now in her 40s, was pregnant when she was brutally raped. Seven members of the woman’s family, including her 3-year-old daughter, were also killed in the violence.

Officials in Gujarat, where Modi’s Bharatiya Janata Party holds power, have said that the men’s application for release was granted because they had completed over 14 years in jail.

After the men’s release was met with outrage, the Supreme Court last week directed the Gujarat government to look into the issue.