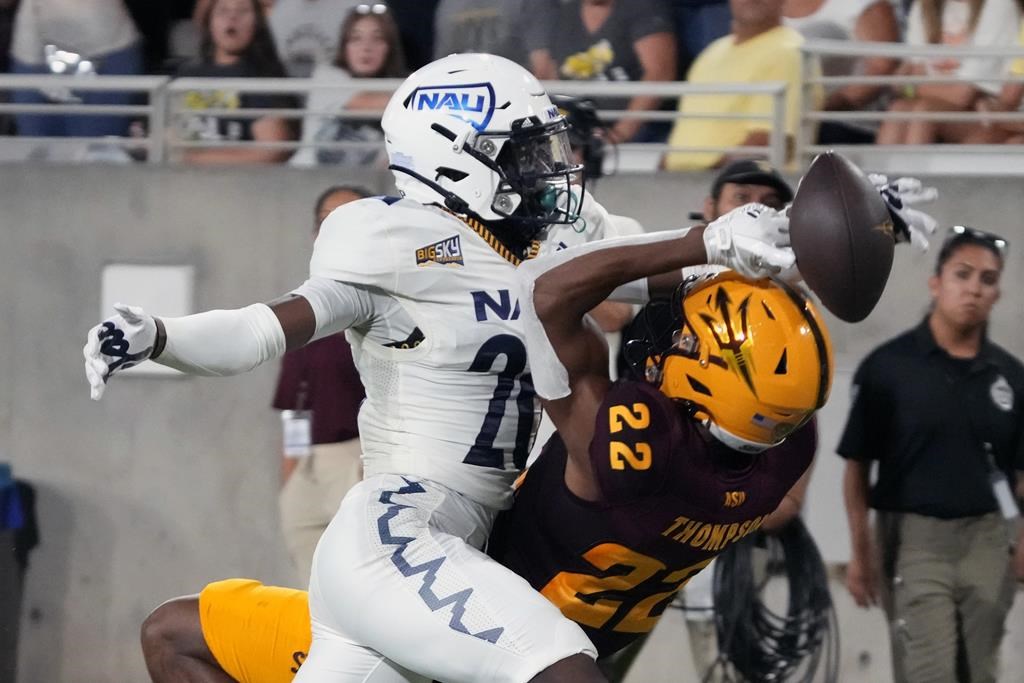 The Sun Devils needed a few series to jell with 43 new players on their roster. Once they got rolling, the Lumberjacks could do little to stop them.

Jones had poise in the pocket and made good decisions, scoring on a 1-yard dive in the second quarter and a 17-yard run just before halftime.

Xazavian Halladay, a Wyoming transfer, showed off the speed that’s made him the nation’s active leading rusher, reeling off a 27- yard TD run early in the third quarter.

The Lumberjacks picked up one of the program’s biggest wins the last time they came down from Flagstaff, beating Arizona 21-19 for their first win over a Pac-12 school.

They didn’t have the same type of fortune in their return to the desert.

Arizona State manhandled Northern Arizona at the line of scrimmage, putting constant pressure on quarterback RJ Martinez, while mostly limiting him to short throws underneath.

The Lumberjacks kept it close early before a few key miscues allowed the slow-starting Sun Devils to gain their footing.

Holder Eemil Herranen dropped a snap on what would have been a tying 40-yard field goal in the first quarter and defensive back Eloi Kwete kept an Arizona State drive alive with a targeting penalty on third down.

Martinez caught a break when a pick-6 was overturned by an Arizona State offsides in the first quarter, but was not bailed out when he threw another interception in the second quarter.

Northern Arizona couldn’t conjure up the same magic it had last year in the desert. The Lumberjacks were pushed around by the bigger Sun Devils and made the climb even steeper with key miscues.

Arizona State got the start it wanted with a roster loaded with new players, rolling to an easy victory over an FCS school. The road gets much tougher from here with a game at Oklahoma State next week.

NAU: The Lumberjacks play at Sam Houston State on Sept. 10.