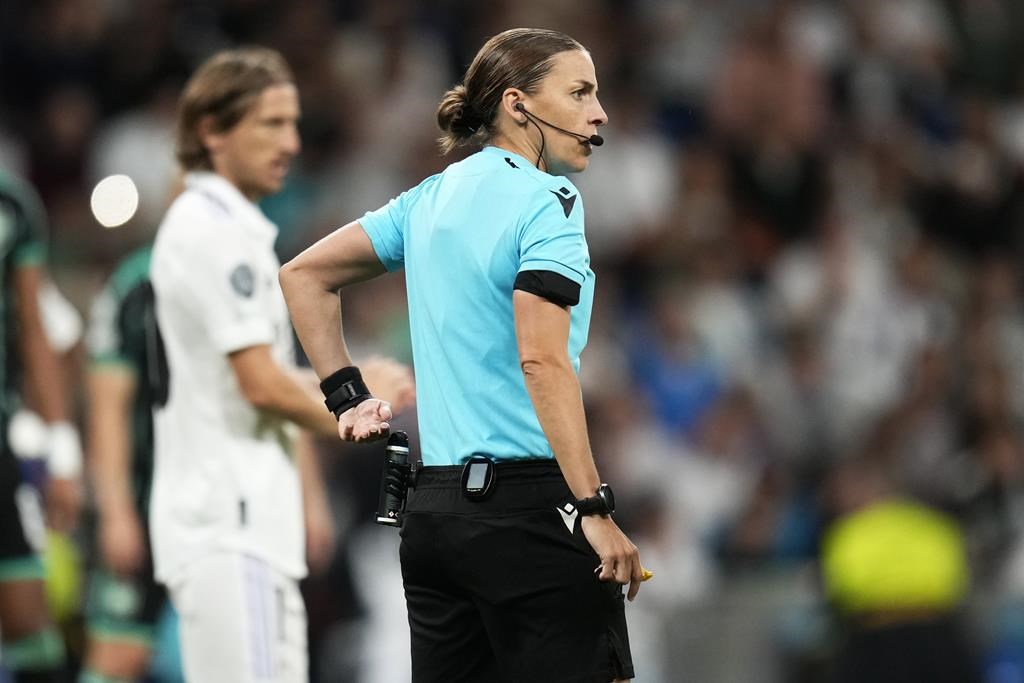 It took nine years for seven-time European champion AC Milan to finally win its way back into the Champions League knockout rounds with a 4-0 victory over Salzburg on Wednesday.

Paris Saint-Germain’s quest for a first European title got potentially tougher because it is now unseeded in the round of 16 draw Monday despite winning 2-1 at Juventus.

A stoppage-time goal for Benfica in a 6-1 win at Maccabi Haifa knocked the French champion off the top spot in Group H on an obscure seventh-tier tiebreaker rule — overall goals scored away from home.

PSG and its superstar strike force of Lionel Messi, Kylian Mbappé and Neymar can now land in a blockbuster pairing with a group winner like defending champion Real Madrid, Bayern Munich or Manchester City.

“It’s a problem for them, too. We’re not worried,” said PSG goalkeeper Gianluigi Donnarumma, who acknowledged being unaware of the situation until after the game.

Milan will likely care less about being unseeded as a group runner-up. A smooth win over Salzburg ensured finishing above the Austrians and advancing from Group E with Chelsea, which beat Dinamo Zagreb 2-1.

Veteran forward Olivier Giroud scored a goal in each half to lift Milan into the round of 16 for the first time since the 2013-14 season. The nine-year gap included some Europa League campaigns, failures to qualify at all, and a one-season ban for breaking UEFA financial rules.

Leipzig also advanced to the knockout stage by beating Shakhtar Donetsk 4-0 and ending the Ukrainian club’s improbable run in its adopted home stadium in Poland during the Russian invasion.

Leipzig finished second in Group F behind Real Madrid — which routed last-place Celtic 5-1 — despite starting in September with two losses against Shakhtar and the Spanish defending champion.

Shakhtar’s European campaign will continue in February with a place in the Europa League playoffs given to third-place teams in Champions League groups.

Juventus also goes to the Europa League despite earning just three points in total, the same as Maccabi Haifa, because it held the tiebreaker over the Israeli club.

Manchester City trailed at halftime before rallying to beat Sevilla 3-1 and Borussia Dortmund drew 1-1 at Copenhagen in Group G where all the final standings were resolved last week.

PSG went unbeaten with a 14-point tally that was more than four other group winners but not enough to top historically tight Group H.

Benfica and PSG each won four games, each drew 1-1 hosting the other, each scored 16 goals, and each had a goal difference of plus-9.

The top spot was decided on the seventh level of tiebreaker — who scored the most goals in three games away from home. PSG had six, Benfica got nine including Joao Mario’s on Wednesday in the second minute of stoppage time.

When Kylian Mbappé opened the scoring for PSG at Juventus it was his 40th career goal in record speed in the Champions League — six for Monaco as an 18-year-old in 2017, and 34 for PSG.

At 23 years, 317 days Mbappé is the youngest player to reach the 40-goal mark, almost six months younger than Lionel Messi was and nearly four years ahead of Cristiano Ronaldo’s pace. Still, Ronaldo’s sustained brilliance in his 30s has taken him to a Champions League record 140 career goals.

The pairings will be drawn Monday at UEFA headquarters in Switzerland more than three months before the first-leg games start Feb. 14.

Group winners are seeded and will host the second legs played from March 7-15. No one can be drawn against another team from their home country or a team they already played in their group.

The eight third-place teams in Champions League groups go into a separate draw Monday for the Europa League knockout playoffs.

Those teams will be unseeded and playing the first leg at home on Feb. 16 against runners-up in Europa League groups that finish Thursday. Return games are on Feb. 23.

For the second straight Copenhagen home game in the Champions League, a protester ran on to the pitch wearing a T-shirt with the slogan “Boycott Qatar.”

Denmark, which will go to Qatar this month in World Cup group with defending champion France, has been a focus for highlighting the host nation’s treatment of migrant workers building projects essential for the tournament. The national team is taking a black kit option to Qatar as a symbol of “mourning” for construction workers who died.