Padres trade for Soto, then rout Rockies 13-5 in 1st game

Padres trade for Soto, then rout Rockies 13-5 in 1st game 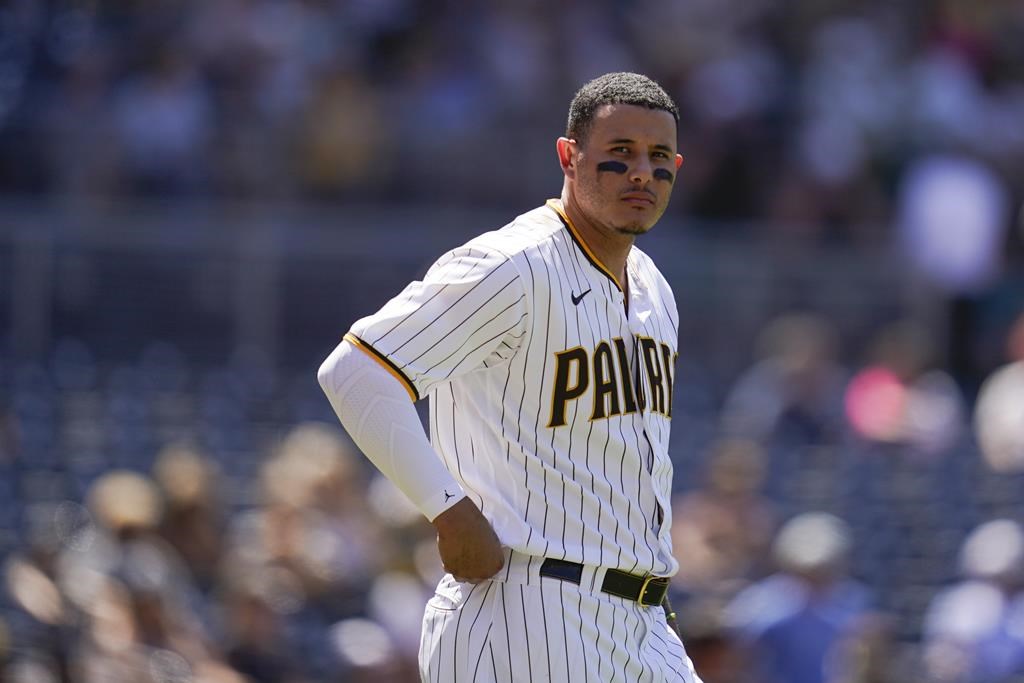 SAN DIEGO (AP) — The San Diego Padres rallied to beat the Colorado Rockies 13-5 in the first game of a doubleheader Tuesday, hours after obtaining superstar Juan Soto of the Washington Nationals in one of the biggest trades in baseball history.

The trade was announced a few minutes before first pitch. The crowd of 23,828 at Petco Park applauded loudly when an image of Soto and Josh Bell, who also came from the Nats, was shown on the video board early in the game.

An offense that will benefit greatly from the addition of Soto, a generational talent who is only 23, came to life after the Padres fell behind 3-0. Jurickson Profar had a career-high five hits and drove in two runs, Kim Ha-seong had a career-high four hits and two RBIs, and Jake Cronenworth added a two-run homer.

San Diego stumbled early, leaving the bases loaded in the first inning when Wil Myers hit into a double play. They then fell behind 3-0 after Yu Darvish (10-4) allowed a two-run home run by Randal Grichuk with no outs in the second and a solo shot by Brendan Rodgers leading off the fourth that reached the base of the batter’s eye in straightaway center field. It was the 10th for both players.

San Diego tied it in the fourth on Austin Nola’s sacrifice fly followed by Trent Grisham’s two-run homer. They went ahead 4-3 in the fifth on Kim’s third hit, an RBI single. Myers originally was called out at the plate on a throw from left fielder Connor Joe, but the Padres challenged and the call was overturned. Rockies manager Bud Black was ejected after coming out and arguing with the umpires.

Cronenworth homered in the three-run sixth, his 10th. The Padres added four runs in the seventh and two in the eighth.